In 2009 Finnish guitarist Janne Halonen travelled to Benin, West Africa, to study the rhythms of Voodoo. He became friends with a master percussionist/singer, Noël Saïzonou, and the idea of a band planted. In 2021 Helsinki-Cotonou Ensemble has performed in 17 countries and is preparing for the release of it’s 5th album.

Travelling to Cotonou, Benin’s most populous city, for the first time in 2009, Janne explains, “I was asking who is The Man? Who should I meet?” Everyone pointed to vocalist and percussionist Noël Saïzonou. “The first time we met we greeted each other like old friends,” remembers Janne. What followed was several years of songwriting sessions as Noël came multiple times to Finland. They learned about each other and crafted their sound.

For three years Halonen and Saïzonou bounced ideas and searched for the right people for their project. When Saïzonou visited Finland in 2011, drummer Juha Räsänen and bassist Sampo Riskilä joined the project. The quartet became the core of HCE, and it was to be strengthened with local super musicians, whether the band operated on European or African soil. 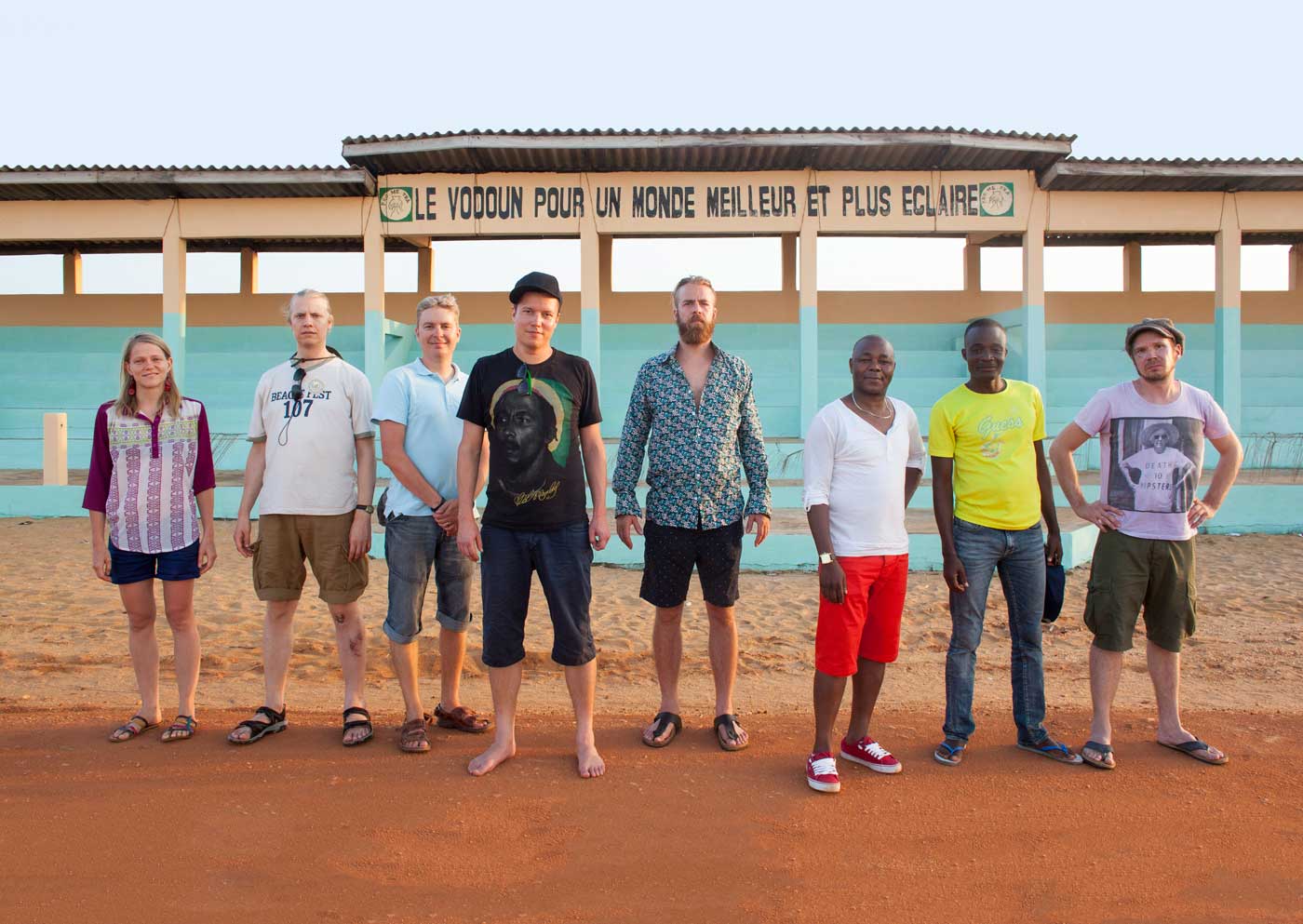 In 2012, Janne Halonen travelled from Helsinki back to Benin with his musician friends.  A 4,000-mile flight, a flat tire, and a clandestine boat ride led Janne, Juha, and Sampo to a recording studio in Cotonou. During the period of six weeks, the group went through some incredible adventures in the homeland of Voodoo, rehearsed daily, and recorded their debut album, Beaucoup de Piment  (A lot of Chili). Later the album was completed and mixed in Finland, and its release on May 7th 2013 was followed by a tour of 19 concerts and plenty of acclaiming press.

Since then Helsinki-Cotonou Ensemble has grown to an 8-piece band, toured on four continents, released four albums and gained plenty of acclaiming press. In 2020 the Finnish broadcasting company YLE made a documentary/concert film of the band’s performance at the Finnish ”Ethnogala” award ceremony, where the band was also nominated for a  ”band of the year”- and "intersection”- awards on the previous year. On 2019 Helsinki-Cotonou Ensemble hosted a 20-year anniversary concert of the the World Village Festival, in downtown Helsinki, where the group accompanied on stage several Finnish top-notch artists. Other highlights from the groups long and winding road include performances at Sziget Festival, Hungary, in 2014, a showcase at WOMEX in Las Palmas 2018, ACC World Music Festival in South Korea 2019, and a Benin tour in 2015. 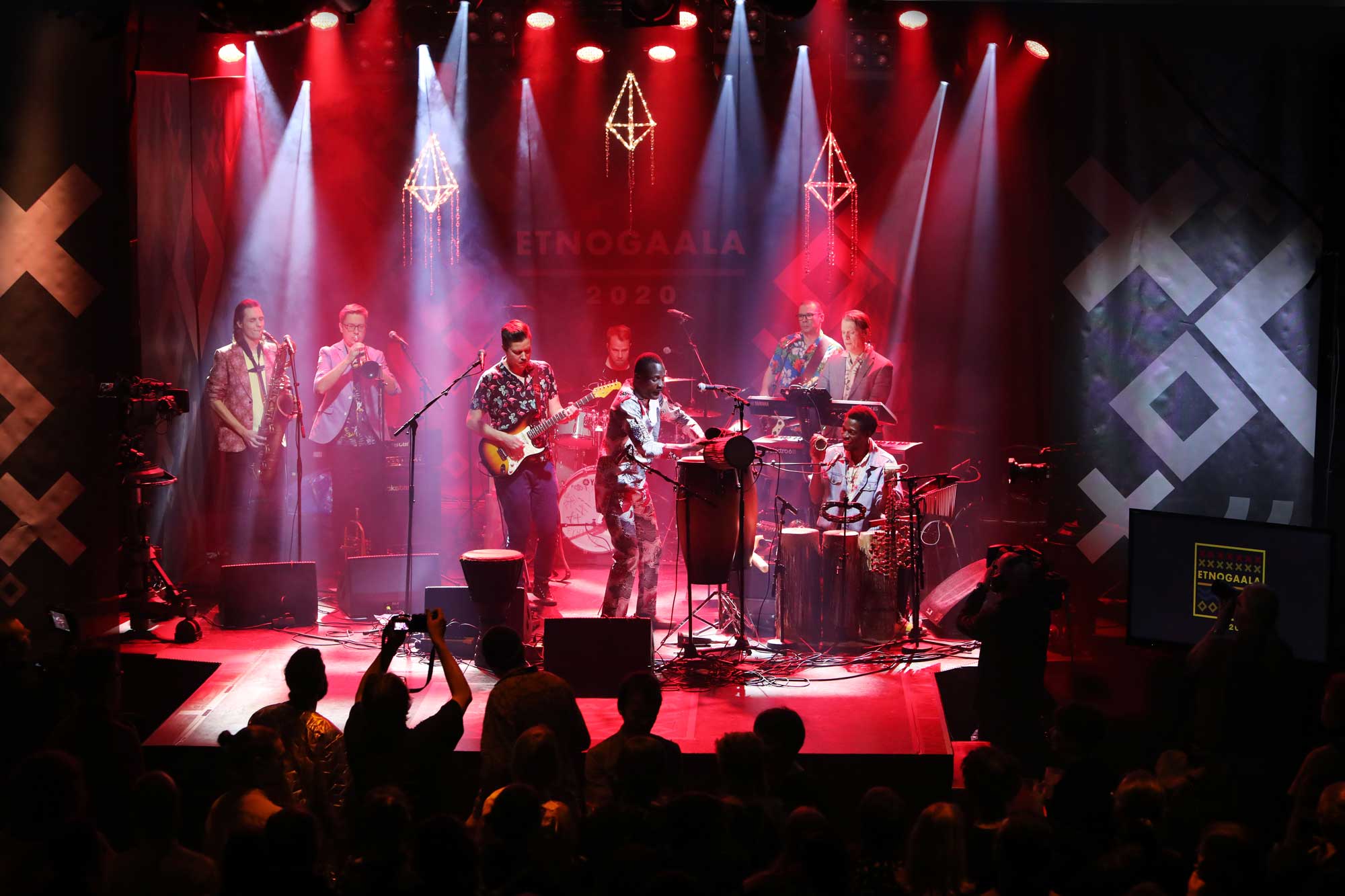 Helsinki-Cotonou Ensemble impresses it’s listener not only with intense moods and joyful yet virtuoso performances, but also with fresh and carefully crafted songwriting. As composers Saïzonou and Halonen are far enough apart to make the cocktail something completely new, yet they both possess enough musicianship to complement each other's works.  Drawing inspiration from the roots of Afrobeat, they also use their jazz experience to expand on Voodoo rhythms with a modern urban touch.